Bob Proctor – The Art of Thinking 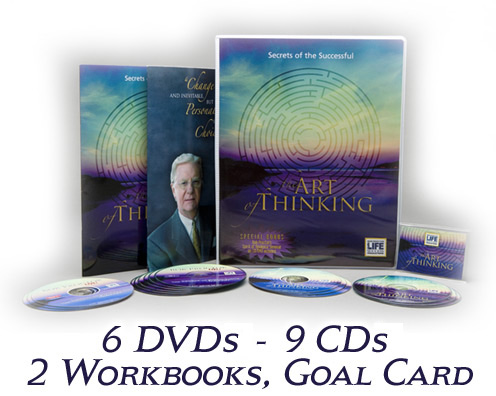 Be the first to learn a whole lifetimes-worth of Bob’s Secrets in this brand new ‘Reveal All’ interview series.

Talk about drinking from a fire-hose – Bob finally ‘spills the beans’ and gushes out his lifetimes worth of wisdom, lessons, steps to success, ‘what I did that worked’ secrets and all the best teachings – brought together for the first time in this gripping interview series.

Why has this never happened before? Because Bob hasn’t found anyone like Paul Martinelli before – his officially recognised protégé – and someone he trusts with all this information. You’ll see Paul extract ‘behind the scenes’ answers from Bob that he has never revealed before… talk about a home run..

This isn’t your usual nice-man interview – You’ll see Paul ‘corner’ Bob and make him ‘fess up’ with the no-nonsense ‘what makes the difference’ hard facts – that you can put into practice right now..

Read on to find out the gripping details..

As you probably already know, there’s a whole world out there of books, CD’s, seminars and speakers – many of whom can all talk from personal experience about success and what steps you need to take.

Interestingly, the steps themselves are not too complicated. It’s a fairly simple process to explain and learn them.

I often say that earning money is one of the easiest things to do. That always gets an interesting response! For a lot of people – maybe even most people – being short of money is a problem they really feel on a daily basis. Once you have money – it can make a big difference. Not so much in the things that you can buy, but more in the way of giving you choice and freedom. It can help immensely towards reducing a lot of stress and problems.

Now, the thing I don’t always have time to elaborate on, is why earning money is one of the easiest things to do. Well in these sessions I’ve got that time – and I’ll tell you all about that in lots of detail.

You probably know what to do already. Most people already know what to do! That’s not the problem. The problem is they don’t do the things they know they should do. It’s probably the same with you – you know what do, or at least you can find out fairly quickly – but you don’t do those things. Why is that?

And in these sessions, apart from telling you just about everything I’ve learned over the years – I’ll also answer that single and perhaps most important question for you.

Why don’t we do the things we know we should – to create success?

I’m extremely grateful for being known by a lot of people, and for having the opportunity to have helped thousands of people directly, and literally hundreds of thousands through our company and its work.

But you know, it wasn’t always like that. Way back, when I was your typical young guy – I was hurting, and worse than that – I didn’t even know it – I thought it was normal!

I was in a fire hall in a suburb of Toronto, earning $4000 a year and owing $6000. No one ever left the fire service, it was a job for life, but I couldn’t even afford to pay the rent, never mind enjoy my life.

I was broke, unhealthy and unhappy. In fact, a good friend told me I was one of the most miserable people he had ever seen. The sad part is that it was true.

Then, without any formal education, and without any business experience, my income went from $4000 a year to over $1,000,000 a year– yes, a million dollars. But when that change took place I was so stunned by what happened, and not satisfied with just enjoying the fruits of the labor – I wanted to know why it happened.

That’s the question. I wanted to know the answer. I really wanted to know. And that got me studying, with people who were extraordinary in this area. I ended up working with Earl Nightingale, right beside him for five years.

And for over forty or so years I’ve been studying it – I still study it. In fact, this might sound slightly boastful, but it’s the truth: I probably know more about this than anyone else – and that’s only because I’ve studied it probably more than anyone else.

Well through all that study I learned the secret. I found out why. I know why stars are stars.

And then I started teaching it. Now most people are sceptical. So you need results to show them. I was already successful applying it in my own life, but I had to be able to teach it in a way that others could learn and also apply it in their lives. I did that, and I still do that now.

And I’ll show you how to do that in these sessions. I’ll teach you the same principles that I taught a roomful of top sales people, to reach 5 million dollar sales targets they all thought were totally impossible (they also thought I was crazy when I told them they could). But they did it.

Here’s some of the other things you’ll get:

* 3 full DVD’s of the interviews and teachings.

And actually watching the sessions is more powerful than just listening – you’ll also learn how our mind works with images, and how powerful visual learning is. So you’ll get to see some powerpoint presentations of important lessons.

Watching the DVD’s is great, but through listening to the audio you’ll also be able to sink home the lessons while driving to work, while working out at the gym, or even relaxing before bed at night. Again, repetition is a key lesson, and the more you listen to this the more powerful it will become.

This is really important. Listening and watching is great, but one thing you’ll also learn is that ‘doing’ is most important. This workbook will physically take you through the steps of studying this program.